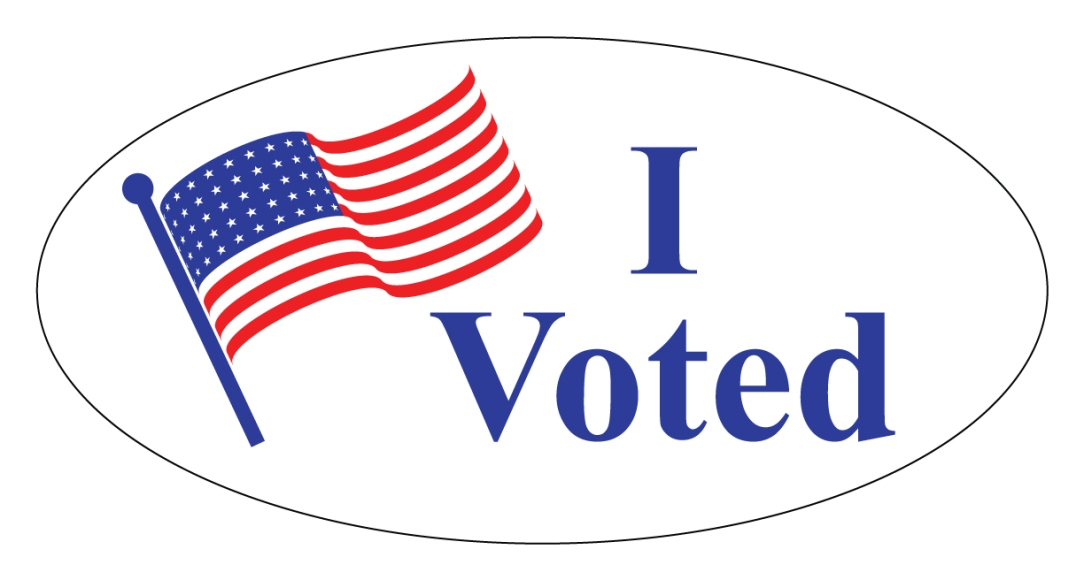 By Wanna Scribble in Politics on October 30, 2018
No comments

On Election Night I plan to have too much alcohol in my system to use the English language properly. Since I really wanted to write a live blog, yesterday I borrowed the Time Stone and watched how things played out. It was (or will be) a dizzying night.

I need to stress this is only one of 14 million possible scenarios, so any result that doesn’t happen in this reality did in another.

7:00pm:  The first blue flip happens in VA-10, where Jennifer Wexton defeats incumbent Barbara Comstock. It’s not a surprise, as Republicans stopped advertising here two months ago.
Highly touted Democratic challenger Amy McGrath is up early in KY-6, and unheralded Jackie Walorski is tied in IN-2.

7:30pm: Red state Senate seats in West Virginia and Ohio are called for Democratic incumbents soon after polls close. In early returns, Joe Donnelly is ahead in Indiana.
Following her high profile win last year, Republican Karen Handel is surprisingly up 10 in GA-6. But next door in GA-7 Carolyn Bourdeaux is only down two.

8:00pm: Pennsylvania and Michigan Senate races are called immediately for Democrats, as is Bob Menendez’s reelection in New Jersey. The totals from early voting in Florida show the race nearly even. That makes Democrats cautiously optimistic after reports of high Republican turnout, but no one’s really sure what to make of it.
Jeff Van Drew flips NJ-2 as expected, and Pennsvylania’s restricting leads to flips in PA-5, PA-6, PA-7, PA-17 (Conor Lamb) and a loss in PA-14. Democratic challengers are up in VA-7 and OH-14.

8:15pm: McGrath wins KY-6 for the sixth House blue flip of the night, though Walorski has faded in IN-2 and loses by a respectable five points. Handel wins in GA-6 for a key GOP hold.
Democrats are up in NJ-3 and NJ-7, while ME-2 and OH-12 (the site of a very close special election earlier this year) are close.

8:45pm: While the Texas Senate race is still up in the air, Beto-mania is definitely having an effect at the House level. Lizzie Pannill Fletcher flips TX-07 and Colin Allred pulls off the win against longtime incumbent Pete Sessions in TX-32.
Will Hurd makes a key Republican hold in TX-23, but TX-2, TX-21 and GOP stronghold TX-6 are all closer than anyone expected.

9:00pm: In one of the highest profile races across the country, Democrat Stacey Abrams wins the race for Georgia governor. She will become the first African-American female governor in the nation’s history.
Wisconsin and both Minnesota Senate seats are called quickly for Democratic incumbents. Arizona is too close to call, and exit polling indicates Nebraska may be more competitive than expected.
The #bluewave starts to really make landfall in the House, with flips in PA-01, MI-8, MI-11 and KS-03. With 14 net seats already flipped and another five looking good, 538 and NY Times Upshot suggest the House may be called in about an hour after the next round of states close.

9:15pm: Indiana’s Senate seat stays blue as the race is called for Donnelly. Florida’s Nelson is up 3% and McCaskill in Missouri is down two.
Two more House flips are made official in NC-9 and NJ-7.

9:30pm: Florida vote counting has been slow tonight, but Democrat Andrew Gillum has been ahead by about four points all night and finally wins the race for governor. Republicans hold the South Dakota governor’s mansion with a larger than expected win for Krisi Noem.
In Mississippi, no one will reach 50% and Republican incumbent Cindy Hyde-Smith and Democrat Mike Espy will have a runoff in three weeks. Republican state Sen. Chris McDaniel concedes defeat but pointedly does not endorse Hyde-Smith.
Republican Steve Chabot holds onto OH-01, where a controversy regarding county funds plagued challenger Aftab Pureval, but Democrat Theresa Gasper flips neighboring OH-10.

9:45pm: Highly regarded Democratic challenger Mikie Sherrill’s race in NJ-11 had a worrying delay in the vote count earlier, but the race is finally called for her.
Two other House flips: Angie Craig in MN-2 and Dean Phillips in MN-3, though MN-8 turns red and MN-1 is too close to see if Democrats can hold it. The net change so far is 19 seats blue.

10:30pm: Jon Tester’s reelection is called early in Montana. Of the 10 Democratic Senate incumbents in red states, seven have won, one is ahead (FL), one is tied (MO), and one is losing (ND).
The 23rd net seat to turn blue – and flip the entire House – is Cindy Axne in IA-3. Everyone takes a drink.

11:00pm: California incumbent Dianne Feinstein holds off an intraparty challenge and wins reelection. Nebraska is called for Republican incumbent Deb Fischer, though the race will finish at 7-8 points, much closer than expected.
Between slower than expected vote counting – due in large part to high turnout – and media organizations not wanting to make a mistake that affected their credibility, many races with a seemingly clear winner have not been called.
Now that early states have counted almost all their ballots and control of the House is known, those calls start coming fast and furious. Danny O’Connor flips the OH-12 seat he very nearly won in August, as do Gretchen Driskell in MI-7 and Paul Davis in KS-2.
CA-10, CA-25 and CA-49 all flip as polls close out west.

11:15pm: Democrat Kyrsten Sinema wins the open seat in Arizona, providing the night’s first Senate seat to flip blue. Depending on results in Missouri and North Dakota, Democrats need to flip anywhere from one to three more to take the Senate.
In NC-13, Kathy Manning and incumbent Ted Budd are separated by 1,500 votes and the race won’t be called for a few days. George Scott flips PA-10 and Kristen Carlson does the same in FL-15 (home of losing Florida GOP governor candidate Ron DeSantis).
Jack Bergman and Fred Upton hold on for the GOP in MI-1 and MI-6, respectively.

11:30pm: Beto is up four in Texas and Bredesen is up two in Tennessee, but Democratic challenger Jacky Rosen is down four in Nevada.
Missouri is too close to call after a late surge from the Kansas City metro area puts McCaskill up by less than 1%. Both campaigns announce optimism absentee ballots will put them over the top.
In a huge shocker, Democrat Jana Lynne Sanchez pulls off the win in open seat TX-6, which had been Republican Joe Barton’s since the Reagan administration. Republicans hold on in TX-2 and TX-21 however. That makes 35 net gains on the night so far.

11:45pm: North Dakota is called for Cramer and flips red. While the polls showing a double-digit lead for were a little too optimistic, he wins by eight points. Speculation immediately shifts to Heitkamp running for governor in 2020. Democrats now need at least two wins from red seats to take the Senate.
In news that explodes on Twitter and makes the anti-white supremacy crowd cheer, J.D. Scholten defeats infamous Steve King in IA-4. ME-2 also flips blue and MN-1 goes red.

12:00am: The races for Oklahoma and Kansas governor are close, and both are expected to be decided by absentee ballots.
Heller wins reelection in Nevada. As the only Republican incumbent running in a blue state, this is a huge disappointment for Democrats.
In a pair of moral victories, WI-1 (“IronStache” Randy Bryce) and WA-5 (Lisa Brown) flip blue. GOP leaders Paul Ryan and Cathy McMorris Rodgers held those seats, though Ryan didn’t run. Bryce is helped greatly by easier than expected victories for Tammy Baldwin in the Senate and Tony Evers (defeating well-known GOP incumbent Scott Walker) for governor.

12:15am: The current Senate map is 48-48. Missouri won’t be settled for a few days, though McCaskill is up by 12,000 votes and favored to hold on. Mississippi is headed to a runoff, where Hyde-Smith is expected to consolidate enough Republican voters to win.
In California, Republican ethical nightmares Devin Nunes (CA-22) and Dana Rohrabacher (CA-48) both lose, though Young Kim and David Valadao hold on in CA-39 and CA-21 respectively.

12:30am: Texas is called for Beto! He’s been leading the race by 1-3 points since polls closed and Democratic operatives on TV have been suggesting he’s won for over an hour, but the networks waited before calling.
On Twitter Donald Trump calls Ted Cruz weak and says he’s not surprised ‘Lyin’ Ted’ lost even with his help.

1:00am: Some other House flips: Ben McAdams in UT-4, Betsy Dirksen Londrigan in IL-13, Kim Schrier in WA-8 and Kathleen Williams in MT-AL. No bodyslams were reported.
Republicans hold on in IL-12, NY-1, NY-2 and indicted Chris Collins in NY-27.

1:15am: Ammar Campa-Najjar pulls off a satisfying upset in CA-50 against vaping aficionado and Congressman under investigation Duncan Hunter.

1:30am: Bredesen is up by 20,000 votes in Tennessee when CNN and Reuters call the race. Other networks say it’s premature to call, but agree it’s highly likely to flip. Republican Marsha Blackburn concedes on Thursday morning when she falls another 5,000 votes behind after the first round of absentee ballots.
Races too close to call that will be settled by absentee ballots include OK-5, FL-25, IL-6, NY-22, WA-3 and NM-2.

House: The GOP actually held on in a lot of House districts where Democrats were optimistic, but the left’s success with independents, strong enthusiasm, fundraising advantage and wide playing field were too much to overcome. The net change is 43 seats on Election Night, and another four will flip after recounts.

The large win means Democrats can explore truly progressive ideas, while having enough of a buffer to allow nearly two dozen of their members to oppose any issue they struggle with. They hold off on any questions regarding the Speaker race and investigations into Trump. The party line is the race should be competitive and investigations will start with follow-ups on whatever Robert Mueller’s team reports.

Senate: The official confirmation of the Senate flipping to Democrats is anti-climatic, as McCaskill is declared the winner in Missouri the following Saturday. They now hold a 51-48 lead with the Mississippi runoff still to come. Hyde-Smith will eventually keep that seat red.

For all the hand-wringing about red and small state advantages for the GOP, Democrats will enter 2019 with Senators from Montana, West Virginia, Indiana, Missouri, Arizona, Tennessee and Texas.

With the lame duck session of Congress upcoming, speculation is high Republicans will continue to push through judges and maybe some Cabinet changes before the new Congress is seated in January. However, out of respect for their state’s voters, outgoing Sens. Jeff Flake of Arizona and Bob Corker of Tennessee announce they will vote against any judicial or executive appointment that fails to receive a majority of Democratic votes.

Because there’s a high number of potentially competitive Senate races up in 2020, pundits soon start wondering how many Senators will occasionally cross party lines on key legislation and judicial appointments, and if that will stymie any new policy ideas from the Trump administration. Most agree to expect the House to take the lead on investigations into Trump’s finances and ethics.

The presidential race – and who decides to run – is about to take up most of the oxygen on cable news, but strategists from both parties begin plotting their Senate maps for 2020. Republicans from Arizona, Colorado, Georgia, Iowa, Maine, Montana, North Carolina and possibly Nebraska, Texas and Alaska may have tough races. The same is true for Democrats in Alabama, Michigan, New Hampshire, Virginia and maybe New Mexico and Oregon.