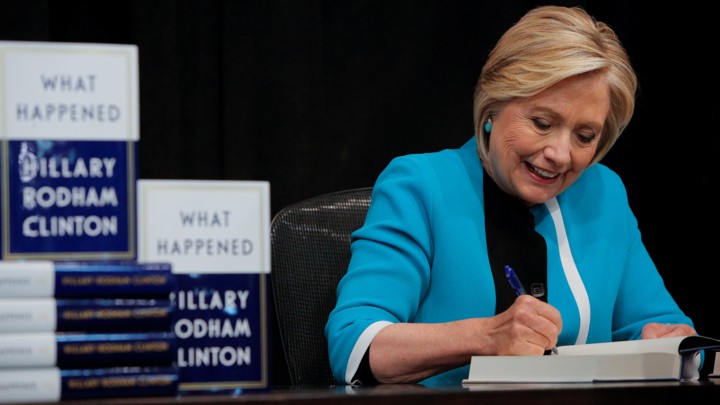 The world today would be a much better place with you as President. More Americans would be alive, and both our alliances and economy would be stronger. Everything about the 2016 election was an absolute travesty, and I mean everything.

How Trump acted was embarrassing. How Mitch McConnell chose party over country is treasonous. How Russian interference made a difference was depressing. How the media treated you was unforgivable.

Madame Secretary, you’re going to go down as one of the most consequential Americans in recent history, and our nation is better for your service. We’re also worse off for what happened two years ago. Your drive, abilities, intelligence and toughness are remarkable, and are things our country needs more of.

I voted for you with pride in 2016, and if you win the 2020 Democratic nomination I will again. But I don’t want to see your name on my ballot.

After all you’ve accomplished, the fact you still have goals should be celebrated. Instead, your ambition is denigrated due to a sexist double standard that’s pathetic and must be infuriating.

To say your plight is unfair is both an understatement and a little ridiculous. You’ve been the subject (I’d say victim but suspect you’d punch me) of a 25 year smear campaign no human being should have to endure. The conservative caricature of you is too absurd for a Marvel villain.

On the other hand, you’re a former First Lady, Senator and Secretary of State, successful author, philanthropist and wealthy citizen of the most prosperous nation on Earth, and that’s a charmed life by any standards.

The lies and attacks against you are as pathetic as they are dishonest, but they’ve also been effective and it’s too late to change that perception. The result is an unfixable profile there’s no coming back from. It’s unfortunate – and quite frankly pitiful – the GOP’s best hope even today is to namedrop you, but this is the world we live in.

Conservatives will believe any lie about you hook, line and sinker. Independent and swing voters have heard too much negativity for too long, and it’s simply too late to make a difference.

I wish this wasn’t so. An America with you as President would be a more just and decent place. It’d still be imperfect as always, but a safer, honorable and quite simply better America than what we have today. But it’s not going to happen.

For what it’s worth, I don’t want our next President to be a contemporary of yours either. Biden, Bernie, Kerry, Warren…I admire and respect them all but want someone else. It’s time for a new generation of leaders to step up, much the way you and Bill did in the ’90’s and Obama did a decade ago.

Being President isn’t the only way you can contribute, and as a nation we still need you. There’s a part for you to play as party elder, role model and behind-the-scenes mentor. As brilliant and tough as Kamala Harris and Amy Klobuchar are, there’s no way anyone can truly be prepared for the onslaught of a presidential campaign, especially with the double standard society applies to female candidates.

We still need you in a post of some kind, and while it won’t be as President I hope it’s one worthy of your value. Secretary-General of the UN? Head of a committee to increase voter rights? Chancellor of a great university? The first woman to dine with Mike Pence?

Madame Secretary, you’re an inspiration. You’ll go down both as an example of what women can accomplish and how we as a society fail.

I realize those things don’t really matter at the moment. A place in the history books is no comfort when you have unfinished goals in the here and now. The three losing Presidential candidates before you stayed in public life and expanded their service, and it’s pathetic you’re being asked to knit instead of contribute further.

Thank you for your decades of service and the inspiration you’ve provided to so many. Whatever comes next, I know you’ll make a contribution to be proud of.