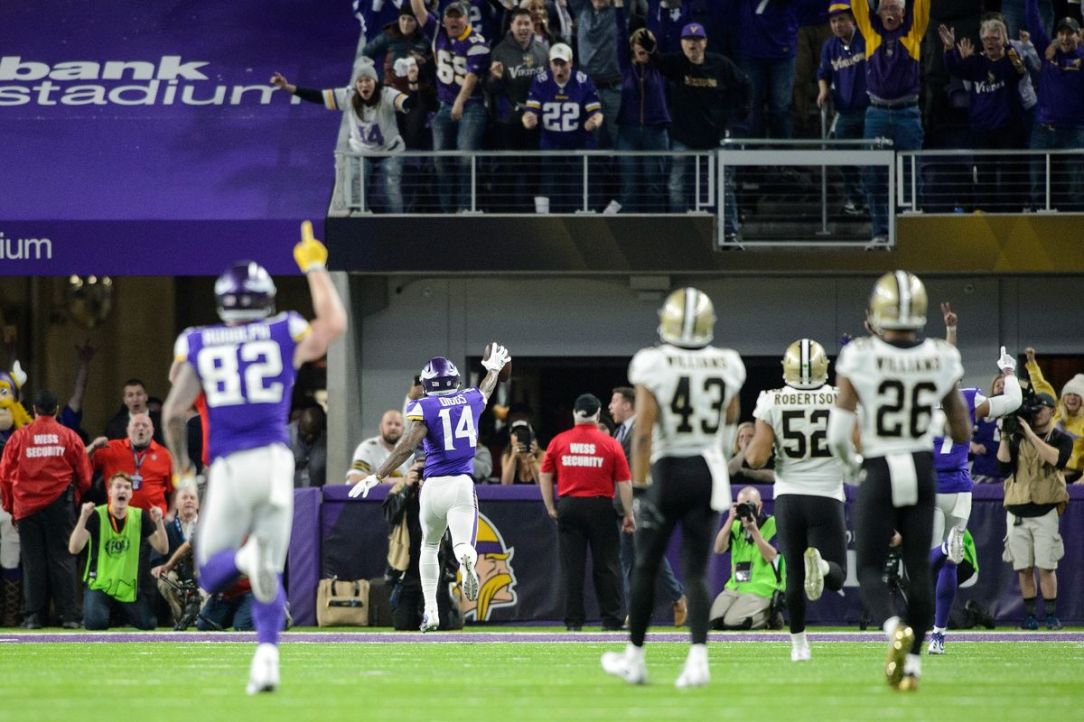 This is the first week all season I’ve felt confident in enough games to decide a post was worth writing. Which probably means I’ll be in the poor house by the next episode of Last Week Tonight.

If I lose you any money, please send the bill to someone else. On to the picks:

EAGLES (-3) vs. Jaguars
Sometimes when you’re struggling a change of scenery is just what the doctor ordered. The Eagles’ Super Bowl hangover has become part of their 2018 identity. But a trip to jolly old England – and a date with BortleKessler – may be the miracle tonic they’ve been searching for. The defense has been inconsistent, but facing the Jaguars without Leonard Fournette seems like a good confidence booster.
Eagles 24, Jags 13

BROWNS (+8) at Steelers
Six of Cleveland’s seven games have been decided by four points or less, including a season-opening tie in these teams’ first meeting. For their part, Pittsburgh has had four of their six games decided by a touchdown or less. Both teams have a propensity for big plays, and while the Steelers are the more explosive of the two, the Browns’ turnover-generating defense should have a few moments of its own against Big Ben.
The Browns are the most entertaining team that doesn’t do the Tomahawk chop in the NFL, and it’d be a pity for the rematch against their top rival to not come down to the last minute. I’m guessing a late Baker-to-Njoku TD followed by a failed onside kick.
Steelers 31, Browns 27

BRONCOS (+10) at Chiefs
Did Denver play Kansas City so tough last time because it was a home Monday Night game, or because their defense matches up as well as possible with the Chiefs’ juggernaut? I’m guessing it’s mostly the former, but at least partly the latter. Combine that with two straight prime time games for the Chiefs, a mini-bye for Broncos (who played last Thursday against a borderline NFL squad) and this feels like a backdoor cover waiting to happen.
The Chiefs start out sluggish, pull away in the second half and even though the result’s never really in doubt, a late Demaryius Thomas TD makes it look closer than it ever was.
Chiefs 30, Broncos 21

JETS (+8) at Bears
Da Bears are a bit of a Jekyll and Hyde team. One week they’re dropping 48 points, and the next they lose to Brock Osweiler. They have the third best rushing defense, so slowing down Isaiah Crowell and Bilal Powell may allow them to stifle the Jets’ attack and force rookie Sam Darnold into some turnovers.
On the other hand, should Mitchell Trubisky be giving eight points to anyone? I’d bet on Michael Myers vs. Jamie Lee Curtis before touching this game, but an ugly slog decided by a late pick-six sounds about right.
Bears 17, Jets 12

REDSKINS (PK) at Giants
Are the Redskins a real contender? Probably not. Are the Giants imploding? Yeah.
Normally I’d say a visit from old ‘friend’ Josh Norman would get a huge game out of Odell Beckham, but unless Eli Manning starts throwing the ball past the nose tackle he may not get the chance.
Saquon Barkley will make a couple highlight reel plays, but Alex Smith will grind out a win.
Skins 20, Giants 17

Seahawks at LIONS (-3)
Detroit is the bizarro version of a “good bad team”. They’ve lost to the Jets and 49ers and beaten the Patriots and Packers. They’re also too explosive an offense for the post-Legion of Boom Hawks defense to handle, especially in a dome.
Fun story: Two years ago I was out of state and went to a sports bar to watch the Hawks-Lions playoff game wearing my Earl Thomas jersey. After ordering some food I settled in for the Lions’ opening drive and heard a door loudly banging a few times in quick succession behind me. The cook was wearing a Lions jersey and trying to watch the game while working. The waitress assured me he wouldn’t do anything to my meal despite my jersey, and I’m pretty sure he didn’t. Good dude.
Lions 24, Hawks 16

BUCS (+3.5) at Bengals
Give me a DeLorean and I still wouldn’t be confident in this game. The over/under is 54 and no one would bat an eye if the final was 17 points higher or lower. If you do bet Cincy pay whatever you need to buy down that half point.
Bengals 24, Bucs 21

Ravens at PANTHERS (+3)
Two good defenses with inconsistent offenses. It’s weird to see a team with a winning record who just defeated the defending champs (with a tough-minded comeback on the road no less) be a home underdog, so I’ll point out the money line is +130.
Baltimore has already lost on the road to Cincinnati and Cleveland, so even if they pull out a win it’s hard to see it being by enough to cover. Ultimately, Cam Newton and Christian McCaffrey are more likely to lead the final scoring drive than Joe Flacco and Alex Collins.
Panthers 23, Ravens 17

COLTS (-3) at Raiders
The Raiders only scored three points against the underwhelming Seahawks defense and traded away one of their best weapons in the not-bad-but-not-worth-a-first-rounder Amari Cooper. Neither defense is going to take over the game, and as long as TY Hilton’s hamstring holds up it’s difficult to see how the Raiders can win a shootout against Andrew Luck & Co.
I’ll add that the over/under of 50.5 seems very attractive here too.
Colts 34, Raiders 23

49ers at CARDINALS (+1)
If you’re watching this game for fantasy purposes, you have my sympathies. It’s cruel for Arizona to hold Larry Fitzgerald hostage and deny him a Ray Bourque-type moment with a contender, but San Francisco is in the middle of a lost season. Maybe this is the game we see what Josh Rosen has to offer?
Cards 24, Niners 20

PACKERS (+9.5) at Rams
How many Green Bay players could start for the Rams? Maybe three (Rodgers, Graham, Clinton-Dix)? The talent gap is huge, and so is the coaching gap, and the better team is at home.
So why take the points? Partly it’s sticker shock from the largest line of Aaron Rodgers’ career, but also because coming off a bye week we’ll likely see whatever the Packers’ A game looks like. It’s easy to imagine them keeping it close.
This is another one where buying the half point is a must.
Rams 30, Packers 24

Saints at VIKINGS (PK)
New Orleans has the top rushing defense but only the 17th best passing defense, and Minnesota’s been lighting it up through the air. Even if Marshon Lattimore can be a lockdown corner, he can’t guard Adam Thielen and Stefon Diggs on the same play.
Both teams will score points and the Saints will probably have the more balanced attack, but with matchup opportunities for Kirk Cousins to exploit and the energy of a prime time home crowd behind them, it’s tough to see the Vikings fall short here.
Vikings 27, Saints 20

I guess there’s an argument here for what Bill Simmons calls a Milton Berle game, but New England wants to continue fine tuning their schemes with Julian Edelman and Josh Gordon getting a full game of reps.
If the Patriots do get out to a huge lead and decide to pull their starters early, it’s not like Josh PeterAnderson will be able to score points. Even with his age and health issues, Jim Kelly will be the best Bills QB in the building.
Patriots 34, Bills 9